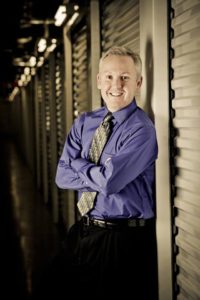 Originally from Ann Arbor, Michigan, Michael moved to Kentucky at the age of 4 and has become one of the state’s most creative and versatile people.

As an author, Michael’s books include Murder in the Mountains: The Muriel Baldridge Story, which revisits one of the nation’s most notorious cold case investigations. He also has written a series of travel books including The Tennessee Bucket List, The Ohio Bucket List, The Best Kentucky Trivia Book Ever and The Kentucky Bucket List, which became Kentucky’s top selling book in 2013. Michael’s newest book, It’s a Kentucky Thing: Y’all Wouldn’t Understand, has been setting sales records across the state since its release in late 2018.

As a filmmaker, Michael has directed and produced a string of successful documentaries. These films include Legendary: When Baseball Came to the Bluegrass, which was screened at the National Baseball Hall of Fame in Cooperstown, New York, and When Happy Met Froggie, which featured interviews with celebrity actresses Morgan Brittany (of TV’s “Dallas”) and Lana Wood (lead actress in the James Bond film Diamonds Are Forever). The film also aired on ABC television in 2011. Michael’s documentary The Very Worst Thing, which revisits one of the most tragic school bus crashes in our country’s history, won the prestigious Storyteller Award at the Redemptive Film Festival in 2010. Michael has recently signed on to direct By Lantern Light, a documentary film about Jim White, who discovered Carlsbad Caverns. The film, which is being produced in association with the National Park Service, is being shot in New Mexico and other parts of the country.

Michael is also a musician who has performed as a professional singer, songwriter, guitarist and percussionist over the last twenty years. He continues to perform at festivals, night clubs, concerts, and various events throughout the region.

Michael resides in Kentucky with his son Conner and wife Anne.